The world’s leading management conference—the Global Peter Drucker Forum—will gather in Vienna next month (November 16-17, 2017) for its annual get-together. Once again, a star-studded cast of eminent speakers will discuss a set of big issues, including: what will it take to achieve global broad-based prosperity in a volatile, uncertain, complex and ambiguous world? Although an array of bold new ideas will, as in previous years, be canvassed, perhaps the most important suggestion for the Forum to consider is something simpler: why not get on with the implementation of the ideas already laid out by Peter Drucker many years ago?

In Part 1 of this article, I looked at the issue of short-termism. The Drucker Forum 2017 will also be considering what it would take to “unleash innovation-driven growth globally.”

Here again, the Forum will obviously draw on Peter Drucker’s brilliant 1985 book, Innovation and Entrepreneurship. Drucker foresaw that in future work would transition from bureaucratic practices; management would focus on innovation and new opportunities, generating an entrepreneurial spirit throughout entire organizations; the whole of society itself would become entrepreneurial. It was a brilliant vision, and yet, some 32 years later, it hasn’t generally happened. Bureaucracy is still alive and well and thriving in big organizations everywhere. Why?

No doubt as in last year’s Drucker Forum, speakers will lament the fact that many, if not most, workers continue to plod on as wage slaves, their talents locked in bureaucratic silos or eking out a precarious existence in the emerging gig economy, while big organizations downplay innovation and increasingly focus on exploiting existing business models, often enhanced through financial engineering, rather than exploring new opportunities through innovation.

Yet it is to be hoped that speakers at the Drucker Forum 2017 will also recognize that this is not the full picture. If, like Peter Drucker, we “look out the window, and see what’s visible—but not yet seen,” we should be able to recognize that some large organizations are already operating in a way that is close to what Drucker foresaw.

My own perspective is influenced by a continuous interaction with firms that have over the past several years joined the SD Learning Consortium (SDLC)—a non-profit corporation registered in the state of Virginia, USA and with members dedicated to learning from each other about better ways to manage. The firms now represent a cross-section of organizations in different sectors and countries. The current members are Barclays, Cerner, CHRobinson, Ericsson, Fidelity Investments, Microsoft, Riot Games, and Vistaprint. With the potential incoming members in 2018, the publicly-owned SDLC members will have combined market capitalization that exceeds $1 trillion and will employ more than half a million people. So they represent a significant slice of the corporate world. All of them are on a journey to implement management focused on delivering continuous innovation for customers and sharing their findings with each other and the world.

How are these firms are being run? The firms are on record in their annual report for 2016 as affirming that their espoused way of managing is closely akin to themes that Peter Drucker enunciated long ago and includes principally: 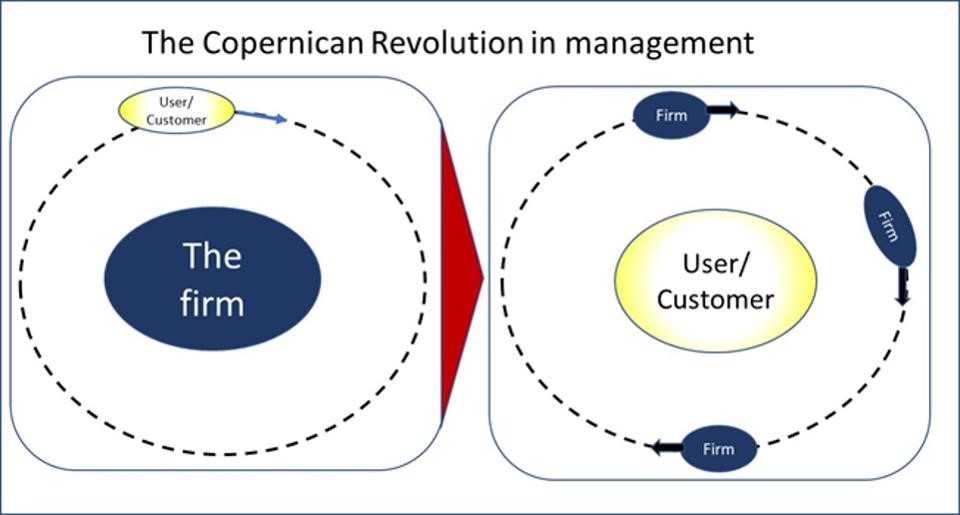 The Copernican revolution in management

In one sense, a critic might say that there is nothing new here: Peter Drucker articulated similar ideas many years ago.

These firms see the key management challenge today as less a matter of discovering new ideas and more about digesting and learning how to implement ideas that Peter Drucker articulated long ago.

Disclosure: The author is an unpaid member of the program steering committee of the Drucker Forum 2017 and an unpaid pro bono adviser and director of the SD Learning Consortium.

Steve Denning’s new book, The Age of Agile, will be published by Amacom in February 2018.

Note: This article was first published on Forbes.com and is reprinted here, with permission, all rights reserved.