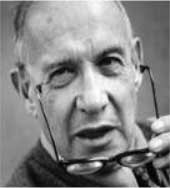 The world’s leading management conference—the Global Peter Drucker Forum—will gather in Vienna next month (November 16-17, 2017) for its annual get-together. Once again, a star-studded cast of eminent speakers will discuss a set of big issues, including: what will it take to achieve global broad-based prosperity in a volatile, uncertain, complex and ambiguous world? Although an array of bold new ideas will, as in previous years, be canvassed, perhaps the most important suggestion for the Forum to consider is something simpler: why not get on with the implementation of the ideas already laid out by Peter Drucker many years ago?

Peter Drucker has been called “the most perceptive observer of the American scene since Alexis de Tocqueville,” and also “one of the youngest-thinking people in America, and certainly one of the clearest-thinking.” Drucker himself denied having any clairvoyance about the future: “I never predict. I just look out the window and see what’s visible—but not yet seen.” Is it possible that some of the solutions to the huge problems to be discussed at the Drucker Forum 2017 are also “visible, but not yet seen”?

A Better Balance Of Short- And Long-Term Focus

For instance, at a time when public corporations world-wide are increasingly focusing on the short-term, the Drucker Forum will be considering the possibility of “establishing a new balance between short-term and long-term focus to support investment and entrepreneurial innovation in large organizations.”

Early indications from the program are that speakers at the Forum will put forward a variety of solutions to this dire set of problems, including sophisticated new ways to measure corporate performance, the preparation of accounts with multiple bottom-lines, the development of new ways of calibrating social, intellectual and spiritual progress, and steps towards putting a human face on management.

Yet could it be that, way back in 1954, Peter Drucker himself put his finger on the key to getting the right balance between short- and long-term focus when he declared, “There is only one valid purpose of a corporation, to create a customer”?

Thus, when a firm delights its customers through continuously adding value to them, the firm and other stakeholders such as shareholders and employees also tend to prosper in both the short- and long-term. As the firm invests in creating value for customers, the employees have interesting work to do and the firm prospers—and shareholders benefit—as customers respond positively to the increased value being delivered.

The reverse proposition doesn’t work: when firms focus tightly on shareholder value, the result is inevitably a short-term preoccupation with cost-cutting and the share-price. The focus on quarterly returns ends up crimping innovation and harming all stakeholders—shareholders as well as employees and society at large.

Yet starting in the 1970s and 1980s, that’s what public companies began doing: focusing on shareholder value, rather than “the only valid purpose of a corporation, i.e. to create a customer.” As a result, in recent years, much of the corporate world has been paying no more than lip service to Peter Drucker’s fundamental insight. Indeed, The Economist declared last year that the goal of maximizing shareholder value, i.e. making money for shareholders, is “the biggest idea in business.” Today “shareholder value rules business.”

The hegemony of shareholder value has not gone unchallenged. In May 2017, two distinguished Harvard Business School professors–Joseph L. Bower and Lynn S. Paine—declared in Harvard Business Review that maximizing shareholder value is “the error at the heart of corporate leadership.” It is “flawed in its assumptions, confused as a matter of law, and damaging in practice.” Even Jack Welch, the supposed hero of the shareholder approach during his tenure as CEO of GE from 1981 to 2001, in 2009 called maximizing shareholder value “the dumbest idea in the world.” A number of leading CEOs have also spoken out against it.

So, is it possible that the basic issue in getting the right balance of short- and long-term focus isn’t centrally a question of finding new measures of corporate performance? When the top managements of major firms are focused on extracting value from their organizations for shareholders, rather than creating value for customers through continuous innovation, it hardly matters what measures are to be applied. When firms are heading in the wrong direction, measuring the precise extent of the error is less important than getting a change in course.

Thus, the top priority in solving the problem of an excessive short-term focus may be a matter of managers recognizing what is the true purpose of the firm and giving priority to that.

Happily, firms that focus on continuously innovating to deliver value to customers, like Amazon, Google, and Apple, are also highly profitable. In fact, those three firms are now the largest firms in the world (by market capitalization). Paradoxically, firms that deploy top-down bureaucracy to maximize shareholder value not only lose shareholder value over time: they find it steadily harder to compete in a fast-changing, complex and volatile environment.

Managers often defend a short-term focus by saying that “the stock market makes us do it.” Yet firms like Amazon and Unilever have prospered mightily while ignoring those short-term pressures. By presenting a coherent strategy of how they are going to grow the firm, they have been rewarded by Wall Street, not punished. This leads on to the suspicion that corporate protests of impotence to look beyond the short-term are more a pretext, and are connected to the executive bonuses that are directly or indirectly linked to the current stock price than to any inability to give priority to innovation for customers.

And this is not just a micro-economic issue for the management of individual firms. When many large firms are extracting value from their organizations for shareholders, ahead of creating value for customers through continuous innovation, we have an economy that continues to sputter, despite extraordinary quantities of cheap money supplied by central banks.

The banking sector is an egregious example of the problem. “In the 1970s,” as Rana Foroohar recently pointed out in the New York Times, “most of their financial flows, which of course come directly from our savings, would have been funneled into new business investment. Today, only about 15% of the money coming out of the largest financial institutions goes to that purpose. The rest exists in a closed loop of trading; institutions facilitate and engage in the buying and selling of stocks, bonds, real estate and other assets that mainly enriches the 20% of the population that owns 80% of that asset base. This doesn’t help growth, but it does fuel the wealth gap.”

New technocratic measures of corporate performance are of course interesting and may eventually be useful. But they are unlikely to have much impact unless and until corporate managements embrace the validity of Peter Drucker’s insight that the only valid purpose of a firm is to create a customer, not just to make money for the shareholders and the executives. In effect, we need to go beyond talking about Peter Drucker’s insight. We need to implement it.

Disclosure: The author is an unpaid member of the program steering committee of the Drucker Forum 2017 and an unpaid pro bono adviser and director of the SD Learning Consortium.

Steve Denning’s new book, The Age of Agile, will be published by Amacom in February 2018.

Note: This article was first published on Forbes.com and is reprinted here, with permission, all rights reserved.