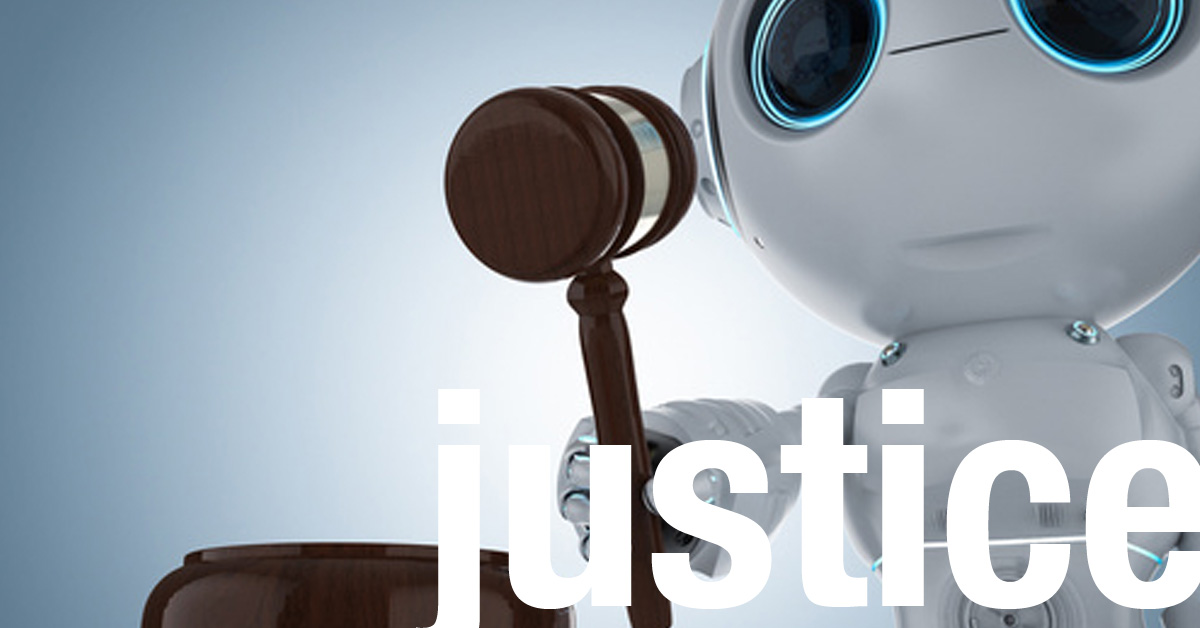 Even as the main applications of artificial intelligence are currently centered around planning, machine learning (ML), natural language processing (NLP), and robotics – a huge potential lies in the areas of reasoning and decision making.

Imagine the impact of something like this in the field of law – where everything depends upon analyzing facts, situations, and circumstances in a rational and impartial manner.

Imagine that you can process legal data and take it further to the next level – managing law!

Imagine, for example, in 2030 if machines start managing law (ML, artificial intelligence) and formulating legal laws? Can machines do it and are we ready to accept it?

Imagine, for example in the year 2030, if machines cannot just manage law but also formulate them!

Even though laws existed around 3000 BCE, the first law was codified around 22nd century BCE. Ever since, laws have evolved over time and society. From laws that covered livestock and land, we have reached a stage where we need cyber laws to deal with crimes committed in the virtual world! Not only has the scope of law changed, but also the complexity of cases – bringing a lot of pressure on the judiciary, requiring intensive human efforts in processing legal cases.

What is the purpose of law? I would say the top four functions would be:

With increase in global populations, the complexity of legal cases has increased tremendously. The number of criminal, civil, and economic cases have increased drastically. Framing laws that address a large and diverse population has become very complex and needs excessive human contribution. A typical civil case in a populous country like India could take between 2-10 years before it can be concluded. One reason is the lack of skilled, legal workforce.

There is no telling when the skilled workforce to legal case ratio will improve – or if it will ever improve. It is important to accept that we are now at a point where machines can be harnessed to fill in some gaps of the skilled workforce shortage. Can we list out some use cases where the gaps can be plugged?

For example, if a criminal case is registered in court, the first step in court is to admit the case and the next one is to assess if the judge can grant bail to the accused. In such a scenario, a machine with ML and AI can read the criminal history of the accused and recommend to the judge if bail can be granted or not. The machine can also analyze a history of drug abuse or alcohol to predict the chances of the accused repeating crimes or jumping parole. Such data can help the bench in taking better decisions.

These are achievable use cases with present-day technologies – but there is still more – maybe not immediately feasible – but achievable sometime in the near future:

Can a robot/machine become an advisor to the law ministry before bringing in a new law or an amendment? Can the machine be a deputy judge?

Imagine a situation where a robot listens to all the proceedings of a case and reads all the documents (prosecution and defense). When it is time to deliver the verdict, can the machine play a bigger role in recommending a decision? Can the machine run through thousands of similar cases and assist the judge in delivering a verdict?

To take this one step further, with the advancement of autonomous cars and integration with AI-assisted law systems, can AI revolutionize law by recommending modifications to traffic law?

A small example could be if the number of DUI cases in a state has increased directly proportional to the growth in per capita income, the machine should be able to read the data of penalties and per capita income and propose a higher penalty.

Finally, what about the legal functions where AI may not be able to help? New legal systems aided by machines might not be able to handle the protection of liberties and rights, but since machines deliver quickly and efficiently, they could indirectly help by clearing a huge backlog of cases and freeing up legal brains to focus on those tasks that cannot be “robotized”.