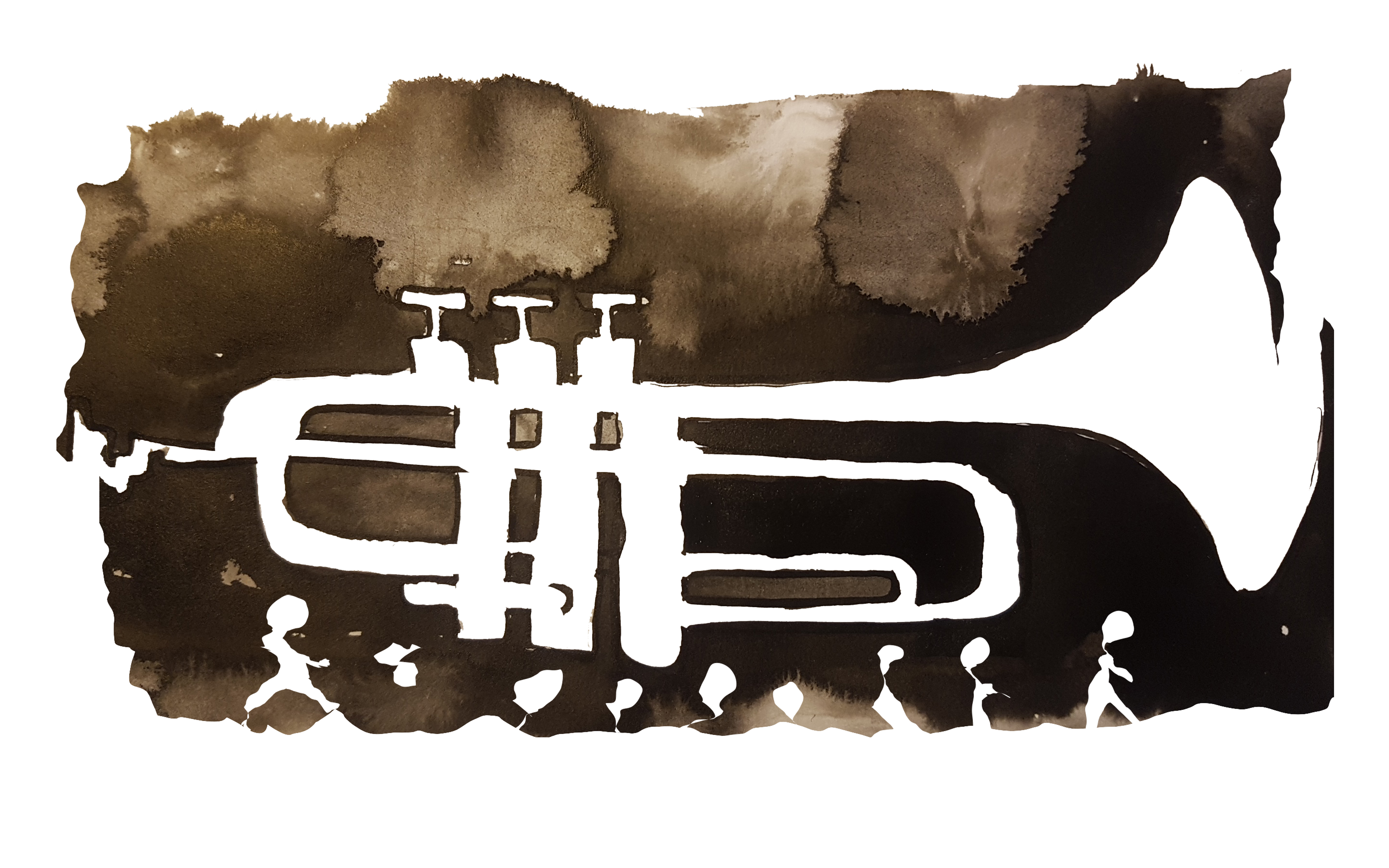 As a student I elected to study journalism. I was taught how to discover, craft and tell stories. I was motivated to understand what was behind the choices people made, to gain different perspectives, to hold the powerful to account and to spark critical discussions. Investigative journalists like Woodward and Bernstein were my inspiration. My first job after graduation, however, was with a PR agency. I never felt at peace there but it taught me some valuable lessons about life.

If you wish to work in the service of the highest bidder, to become a master of deception, quick fixes, short cuts and shady deals are all part of it. Each day, I observed how political, economic and corporate interests shaped people in the PR industry. When you are exposed long enough to mile-a-minute talkers, you develop zero tolerance for phonies. Bluff and bluster can be overwhelming but it is difficult to bypass gut feelings. There is only so much nothingness you can deal with. Either you follow the herd or take the road less travelled.

I found myself trying to find any reason why I should show up at the office each day. Eventually, I didn’t.

In ancient Greece, Sophists were masters of deception, hired by insecure leaders to make their ideas more appetising to the people. The rise of social media and the erosion of the established news industry have created a fertile ground for modern Sophists. In our always-on, do-it-now culture, these are fruitful times for lobbyists, pundits and forecasters. Speed and quick reactions are in demand. Integrity and thoughtfulness not so.

It can be a bad career move to pay heed to your conscience. A lack of principles is often a more profitable strategy. As demonstrated by investigative journalists, three former European heads of state, Anders Fogh Rasmussen, Tony Blair and Gerhard Schröder have all leveraged highly paid careers from the fabrication of opinion and the fragmentation of facts.

These are men of many answers but few questions. Like fly fishers, they have refined a technique that attracts repressive regimes, oligarchs and financial institutions in need of whitewashing. They represent a society where influence, power and contacts can be manipulated and used for personal gains even when it hurts the common good. Their assumption is that you can always spin an inconvenient truth or silence critics when caught in a lie. Souls for sale rarely follow a virtuous path.

When there are no consequences amorality becomes the norm. This undermines a healthy civilisation. What we are left with is a vicious circle of fake news, declining trust and the failure of community, all fuelled by dark money networks.

Unprincipled behaviour is not unique to politicians. Tech giants claim to liberate information and make the world more open and connected. Behind the scenes, a much larger game of surveillance capitalism is unfolding. When the U.S. Congress and the European Parliament questioned Mark Zuckerberg about Facebook’s business model earlier this year, the wider public caught a glimpse of this reality. Before the hearings, an army of advisers had trained Zuckerberg to give his patter the human touch. At the same time, Facebook was busy moving 1.5 billion users out of the reach of European privacy law. No laws were broken, but a new level of corporate sociopathy revealed itself, as documented by the PBS series FRONTLINE and The New York Times.

Trumpeters can be found in any industry, but their fingerprints are most visible in domains of public interest. In 2014, a study published by the Corporate Europe Observatory revealed that the financial industry alone spends more than €120 million per annum on lobbying in Brussels. It employs more than 1,700 lobbyists. The metastasis keeps growing bigger every year. More than ever, we need international, collaborative journalism and big data to challenge and question the powerful in the interests of the broader society. When news broke recently that Europe’s taxpayers have been swindled out of €55 billion by the world’s biggest financial institutions, banks and law firms, it was the culmination of a massive covert operation of 19 different media and journalists from 12 countries. The investigation of 180,000 secret documents, known as the CumEx files, was led by CORRECTIV, a non-profit newsroom in Germany.

Humans are linguistic animals. Stories help us construct meaning and make sense of the world. Sadly, much of the public discourse today consists of empty soundbites, candyfloss entertainment and hollow newspeak. Experts that deal in black-and-white answers and promote either/or thinking fill up most of the airtime. Like moles, they pop up from their holes everywhere. Whacking them is a Sisyphean task. They just return faster. Mastery of reductionism is what attracts the spotlight and gets you ahead. In politics. In business. In life in general.

Dealing with the daily complexity of life is challenging. That is why so many people today look for reassuring simplifications that fit their worldviews and offer solace in the face of information overload. Wrapping viewpoints up with catchy headlines is how trumpeters grab our attention and serve our need for easy answers. Often, we are told to follow five steps to be successful, happy, healthy and lovable. Most literature in the business and self-help categories is based on this false Nirvana, catering to misguided expectations, brushing over nuances in the quest for sales. Only through critical thinking can we challenge the false prophets of profits – unimaginative publishers, opportunistic writers and click-bait obsessed news outlets.

We are hardwired to seek fulfilment of our deepest desires. The entertainment industry figured this out a long time ago. When young girls aspire to keep up with the Kardashians or young boys look toward Kanye West for inspiration, they buy into a carefully scripted illusion.  According to Forbes Magazine, during 2018, Kylie Jenner will become the youngest self-made billionaire in U.S. history. She established her fortune by leveraging her social media following and the Kardashian-Jenner family name to sell make-up.  Having plastic surgery to enhance her lips does not prevent the crowd from believing her gospel. In the absence of critical thinking, fiction becomes a monetisable reality show. The same trick even put a master trumpeter behind the desk in the Oval Office.

Our attention is not only drawn towards successful people. We praise companies when they pretend to have a higher purpose and claim to make a difference in our lives and communities. The truth is that very few companies actually walk the talk. Instead, we are being pumped full of empty calories leaving us fat and lazy. 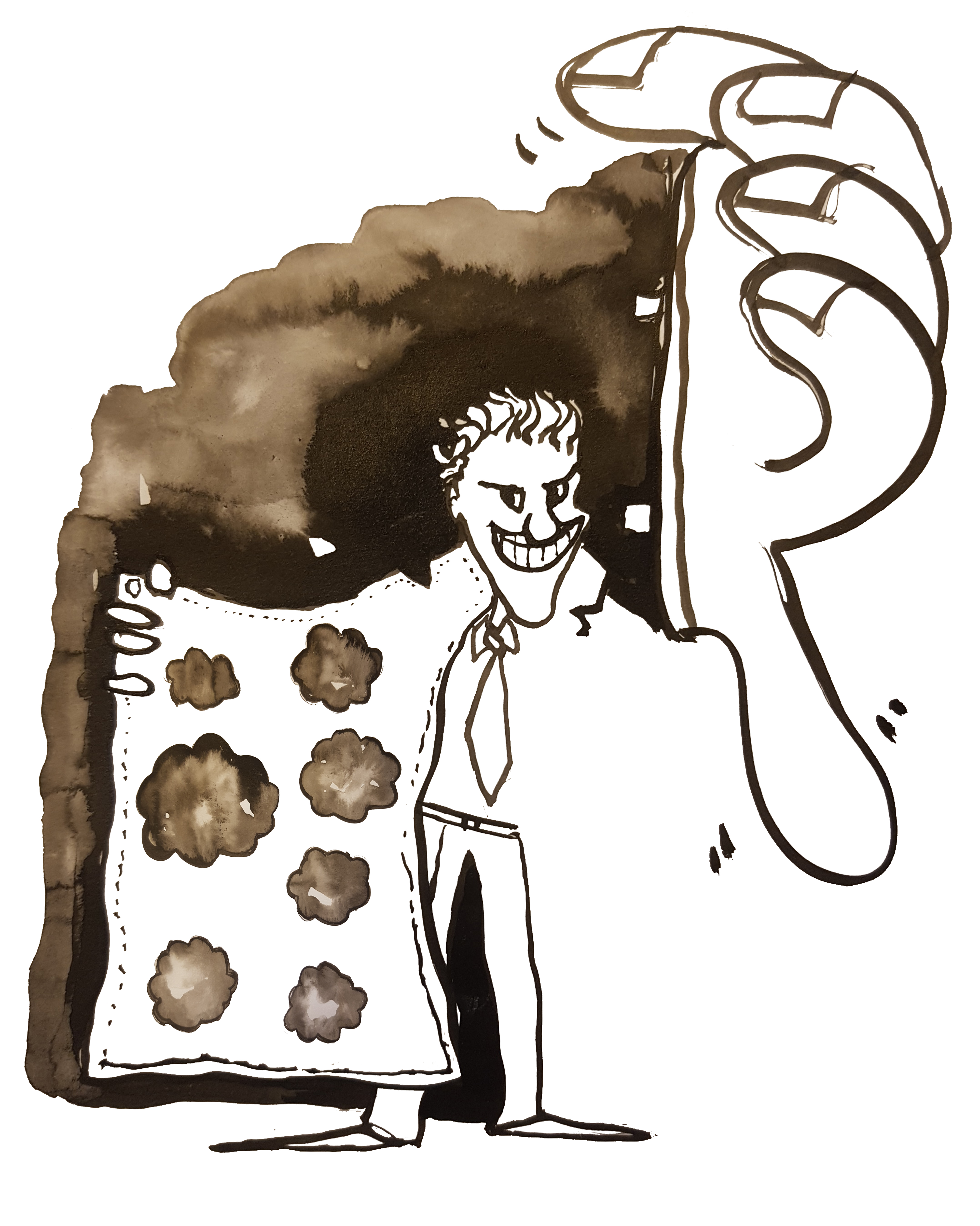 When reductionism rules the world, we end up living fearful lives, deprived of meaning and hope. We become passive consumers and apathetic bystanders schooled in false longing. Nationalist rhetoric and the rejection of difference foment the misguided belief that time can be reversed and long-lost greatness restored. Our conception of ‘we’ becomes narrower still as we dismantle our bridges and erect our walls. We look elsewhere for scapegoats who can account for our own shortcomings and misfortune. In our despair, we elect and hire charlatan leaders based on their confidence rather than their competence. We reward CEOs with huge bonuses because we assume they have all the right answers and thereby further inflate their sense of ego and entitlement.

Our democracies are littered with trumpeters who influence the way we think and reason about public issues. They constantly invent new ways to integrate their messages into the fabric of our lives, catering to our need for appeasement. They steal our time and pollute our minds. They empty our souls by serving us bread and circus.

The numbness that has crept in is the biggest issue of all. It has produced indifference and inertia. We listen to those who shout loudest. We lack curiosity and gravitate towards the simplistic and the well-known. Familiarity is what we worship. Whatever requires an effort to understand remains unexplored. No energy is wasted on matters that require deeper contemplation and committed action.

In his poem, ‘The Ad-Man’, the British writer A.S.J. Tessimond captures the persistent voice of a trumpeter:

Where our defence is weakest, he attacks.

He knows the hopes and fears on which to play.

We who at first rebel, at last obey.

We who have tried to choose accept his choice.

Tired, we succumb to his untiring voice.

The drip-drip-drip makes even granite soften.

Attention is the oxygen that keeps the fire burning. Trumpeters need our attention to stay in the game. Without an audience, they would have nothing, they would be nobodies. We should know better than to be outmaneuvered by their dripping taps. We fools who know our folly, you and I.

Kenneth Mikkelsen is a social philosopher. He is founder of Future|Shifts and an associate of the Drucker Society and Copenhagen Institute for Futures Studies. Kenneth is co-author of The Neo-Generalist: Where You Go is Who You Are with Richard Martin.

© Illustrations made by Frits Ahlefeldt-Laurvig for Kenneth Mikkelsen.