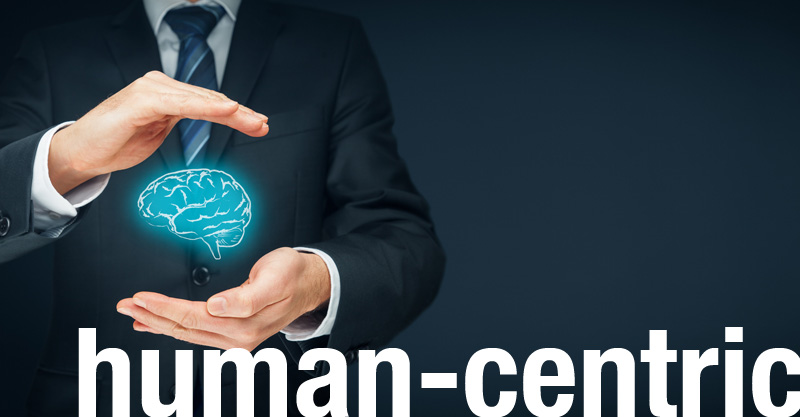 #Cloud computing, e-commerce, the mobile internet, artificial intelligence, machine learning, and the Internet of Things trigger changes in business models and blur the boundaries of industries. Genomics, nanotechnology and robotics question what is ideally described as the scientific method. The human being is subjected to upheavals of such magnitude in his double profile of man who makes and man who thinks. The first, the Homo laborans, questions the ‘how’ the mutations happen; the second, the Homo faber, the ‘why’. Are the two personalities compatible? Do the ‘how’ of making new things efficiently and the ‘why’ of ‘making thinking’ to transform the reality coexist in the same person?

Two diametrically opposed scenarios are posed by such questions. Their description evokes Richard Sennett’s essay ‘The Craftsman’ (2008), which takes up and critically comments on ‘The Human Condition’ (1958) by Hannah Arendt (1906-1975). One scenario is similar to that of the two seas that never mix. Homo laborans sails in the sea of ‘making things’ where work is an end in itself, and is dictated by the needs imposed by technology. Subjected to technology or pleasantly attracted by it, we are ‘Animal laborans’, as Arendt would say, being enslaved to the tasks we are immersed in by the will of technology. Our doing is comparable to the manual work of past industrial revolutions. Think, for example, of the smartest machines, which can alert their human handlers when they need maintenance, or the cyborg, bionics and computer prosthesis, which give the human body the characteristics of the machine. With the help of technology, Homo faber navigates in the sea of ‘making thinking’, whose mind always finds inspiration that leads to make discoveries. Here, among the various characters, stand out the figures of poets, philosophers, sculptors, painters, dancers, playwrights, filmmakers, video artists, documentarians, artists of sound and performance, and historians. In this scenario technology and humanism do not meet. Technology guides the hand of those who have to do concrete, material things. Humanism shifts attention from the hand to the head from which innovative thoughts arise.

In the alternative scenario, the digital revolution celebrates the figure of the craftsman whose ‘hand-working’ and ‘thinking head’ are intimately connected, as argued by Sennett. Thus, the Renaissance workshop is re-evaluated. Here, experiments in making physical things provided information then processed by the mind and translated into innovations. The technique used by the craftsman to make things well is material culture that develops the ability to create mental images without the use of the senses, and vice versa. According to this vision, the digital factory is the place of return to the craft prior to the age of mechanization inaugurated with the first industrial revolution, which generated a bottleneck between making and thinking – a mental impairment, in Sennett’s words, that takes the learning away.

The worker is once again the master of a craft in which the interaction between fingers and mind combines technological education with the liberal arts. Pending, according to some visionaries, improved eyeball-tracking technology and the digital evolution of cranium implants, which configure a head – ‘headcraft’ – that replaces the hands.

In a broad range of new technologies, the craftsman is an artist. Going back to the time of Leonardo da Vinci, being ‘painter and engineer’ is what distinguishes the craftsman. It’s like saying technology, which has its root in the Greek word tékhne (that is, ‘art, craft’), is married to the liberal arts. Painting, drawing, graphics, architecture, sculpture and other plastic arts, music, literature, psychology, and history allow us to get an idea about the human nature of technology. These are the sources of design that gives a technological product that touch of creativity and empathy that is indispensable for its success.

In the interweaving of hand and head, engineering and the humanities, the words advanced by Steve Jobs as he presented the iPad2 resonate:

‘It’s in Apple’s DNA that technology alone is not enough — it’s technology married with liberal arts, married with the humanities, that yields us the result that makes our heart sing, and nowhere is that more true than in these post-PC devices’.

Professor Piero Formica is a Senior Research Fellow of the Innovational Value Institute at the Maynooth University in Ireland, and founder of the International Entrepreneurship Academy Network. He received the Innovation Luminary Award 2017 from the European Union Open Innovation Strategy and Policy Group for his work on modern innovation policy. piero.formica@gmail.com

This article was first on Linkedin.