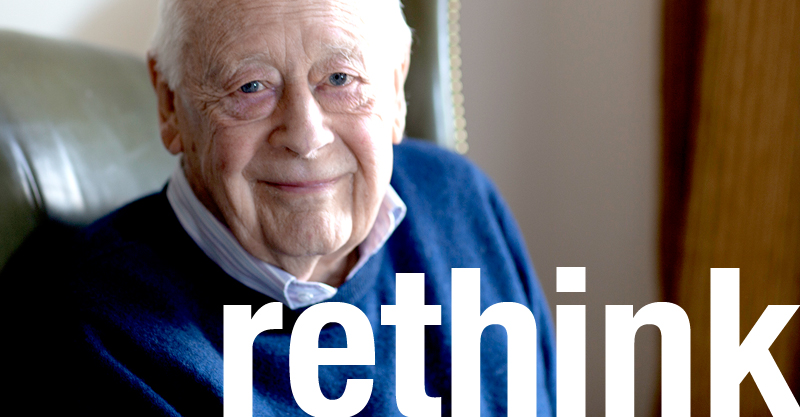 Five hundred years ago an unknown friar in an unknown German town laid a complaint against his employer. The friar was Martin Luther, the town Wittenberg. His employer was the Catholic Church, and the burden of his complaints – 95 of them – was twofold. First, to be permitted to buy your way to heaven – as the church offered through the sale of indulgences – was wrong: a scam on the poor to make the rich richer, which sounds familiar today.

The second was that the route to heaven was not through what you did, which after all was laid down by the organization, but through what you were. He called this “justification by faith”. I call it “recovering our basic individual humanity”. It’s a message that still rings loud and clear today.

Great change takes time – but one man achieved it. Luther triggered the reformation of the Christian Churches, leading to the enlightenment and eventually the separation of church and state, free thinking, the French and American revolutions, and the release of individual initiative. Centuries of subsequent inventions, creativity and economic growth have provided humanity (or most of it) with greater prosperity, longer life and better health than ever before.

From company to corporation

We should be grateful for that. But there was a hidden snag. One of the great social inventions of the 19th century was the fusion of the joint-stock and limited-liability company forms, first in Britain and then around the world. By allowing company ownership to be separated from management, it enabled the rich to take great risks without staking their entire wealth. Thus, was fueled the industrial revolution and the subsequent surge in prosperity. It also created the company and then the corporation, which have provided so many of us in the last century with our normal way of life and work.

I started my working life in one of those companies 60 years ago. It was the Shell company of Singapore, part of Royal Dutch Shell. It was small – a group of companions, all of whom I knew, both what they did and who they were – the good, the bad, who could be trusted and who to be avoided.

When I returned to the UK, I found that Shell in London was a corporation, not a company. On the door of my shared office was a brass plate stamped with the department title – MKR/35 – with slots for two name cards beneath it. This, I realised, was what it meant to be a temporary role occupant in a corporation. With the role came a three-page ‘role description’, which bore no name. One day I noticed the name cards on the door had gone. Now I wasn’t a name at all, just a number. This didn’t sound very human to me, nor to my wife, and I left.

Later I noted that any interaction with a corporate body turned me into an ID and a password. Latterly, with face recognition technology, a face was added. Was this humanity breaking in at last? Alas: my face is just another form of data to be fed into the great digital data processing thing that is the organization. Initially I consoled myself by reflecting that there were surely things about me that couldn’t be digitized: vision, dreams, hope, trust and empathy, commitment – all the things that make me different, life worth living and work worth doing. But that was to reckon without Abraham Maslow’s law of the instrument. Maslow famously said that if your favourite tool was a hammer everything you see would become a nail to be hit with it. Following Maslow, my worry is that if we are so hung up on, and excited by, the digital possibilities, we will in fact digitize everything. That would make our organisations no more than a prison for the human soul. We must be careful that our humanity is not swamped by the digital revolution.

I used to think that the answer might be a charter for humanity to be used as a guide to organization. But what we really need is a business reformation. We need to rethink how organizations, particularly businesses, are actually run, why they are run, and what their purpose and role are in society. We need to figure out how to keep human values intact inside the corporation. And if that seems ambitious, consider the achievement of Luther – one man on his own.

And not just Luther. In 1970 Milton Friedman took it on himself to announce that the only purpose of a business was to make a profit. That’s how we arrived at shareholder value (a phrase previously unknown), followed by agency theory, the idea of a corporation as a nexus of contracts, and stock options, eventually legalized by Congress. And now, a swamp of buyback shares, trillions of dollars going into the private equities of some of the senior managers. This too was a revolution – an unwelcome one, but a revolution nonetheless..

So where do we find another leader? One who will lead our reformation? Well, let me follow another Martin Luther and have a dream. Couldn’t the modern Wittenberg be the Drucker Forum? And the Luther of our time be Peter Drucker? With his words from the grave magnified … by all of us. And exemplified by putting our words into practice. If people criticize, we have to be bold, like Luther, and say: here I stand, I can do no other, because this is the right way to behave. So don’t ask for leaders. It’s up to us to start small fires in the darkness, until they spread and the whole world is alight with a better vision of what we could do with our businesses. If not us, then who? if not now, then when?

This article is one in a series related to the 10th Global Peter Drucker Forum, with the theme management. the human dimension, taking place on November 29 & 30, 2018 in Vienna, Austria. It is being published with the agreement of Charles Handy. #GPDF18