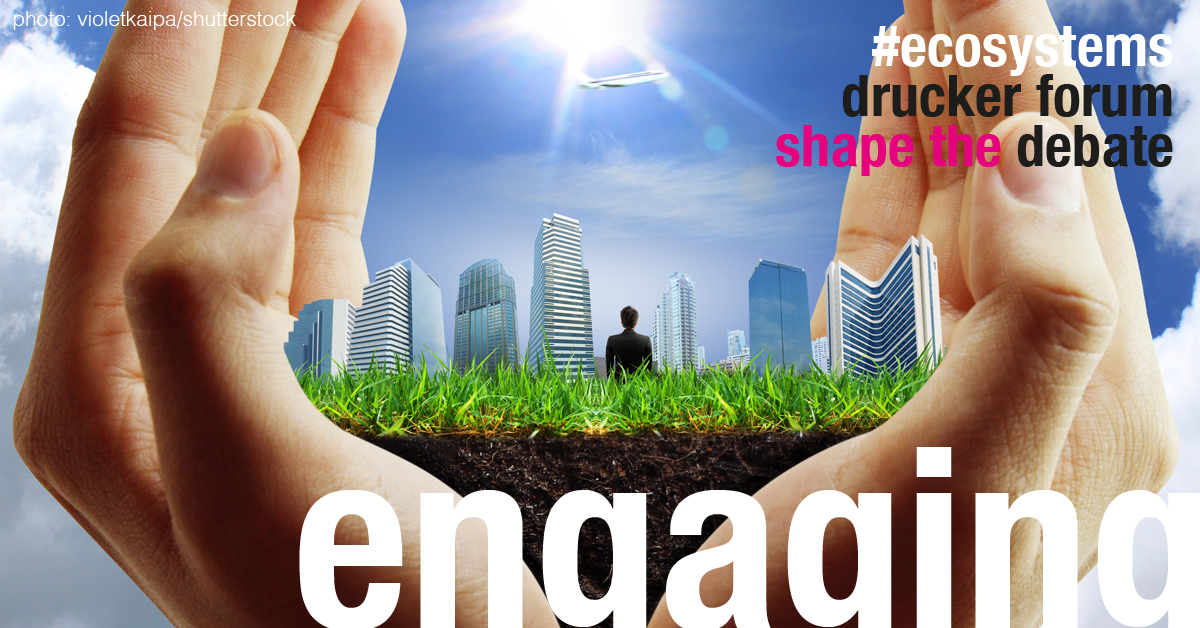 What should a business leader’s main goal be: keeping an unrelenting focus on the performance of the business (that is to say an internal priority), or looking outwards, maintaining relationships and performing an ambassadorial role (an external priority)?

The easy answer would be to say “both”. But in the past few decades, during which the belief that “maximising shareholder value” should be the priority for chief executives, the external world has been a secondary consideration. Business leaders have kept their heads down, sweated the assets, and looked to deliver some market-pleasing numbers every 13 weeks.

This approach has generated considerable wealth, for some. But wages have remained flat for many people in the developed world, while some jobs have become much more precarious. This has provoked a reaction – the spread of populism and a revolt on both the left and right which has got business leaders and mainstream politicians worried.

As a report entitled “The Age of Giants” published by The Economist last year stated: “America’s economy has become a capitalist dystopia, a system of extraction by entrenched giants. Europe shows signs of the same sickness. Growing protectionism and increased digitisation may make things worse.”

In this context the recent statement by the Business Roundtable in the US has attracted considerable attention. Almost 200 leading CEOs committed themselves to working for all their companies’ stakeholders, rejecting the notion of “shareholder primacy”.

This has been regarded by some as a dramatic development. In truth it should not be so startling to hear CEOs committing to “delivering value to our customers” or “compensating [employees] fairly” (not “paying them more”, we should note).

Scepticism aside, it is certainly refreshing to hear credible and powerful figures reject the failed concept of “maximising shareholder value”. As David Ignatius wrote in the Washington Post, “Corporate America fears the system is failing.” Ray Dalio, of the hedge fund Bridgewater Associates, has said so explicitly: “I’m a capitalist, and even I think capitalism is broken.”

What the Business Roundtable is conceding is that business leaders do indeed have to concern themselves with the wider commercial ecosystem in which they operate. Business cannot succeed in a world that is failing.

And for those business leaders who are nervous about speaking up or engaging beyond the narrow confines of their quarterly financial reports, research carried out by Prof Andrew Crane (University of Bath) and colleagues shows that there is a distinct upside for businesses that are prepared to engage. Job applicants are over 20% more likely to want to work for a company where the CEO takes a “humanistic stance” on a political issue unrelated to their business, they found.

Businesses operate in an ecosystem whether they like it or not. It is not just shareholders who are watching. The rest of the world is, too.

A recent report from the British charity Blueprint for Better Business put it well: “One way of characterising the global shift so urgently needed now is to move from an economic system optimised for growth and profit to one optimised for human well-being and a sustainable ecosystem.”