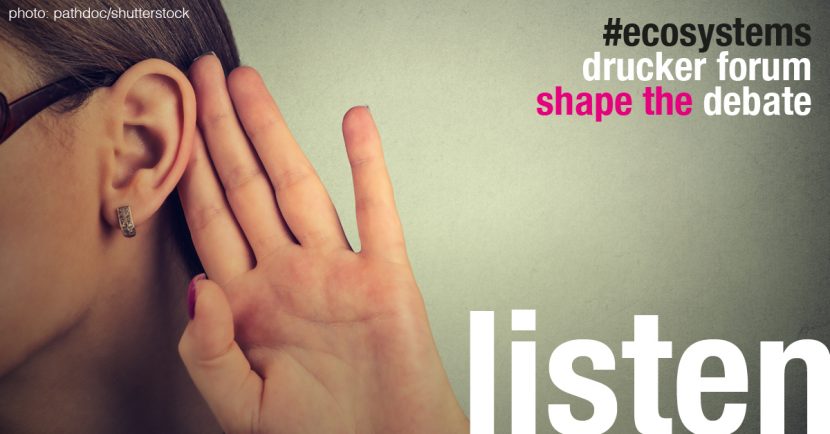 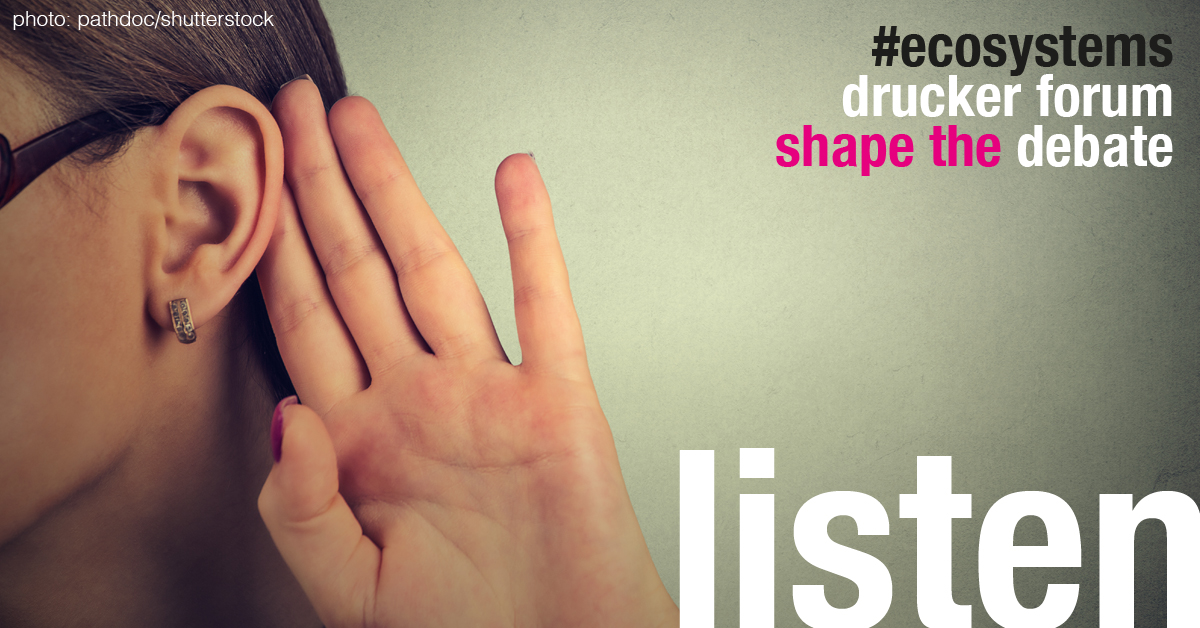 After two days at the Forum, and as a panelist on the Final Fireworks session, I realized that as grandiose as movements can be, they’re really simple. They’re one person tuning in to a gut feeling – and taking the responsibility to do something about it. Flying out of Vienna, I felt naive. Like, I’d just expressed classic liberal arts graduate optimism. One person. Right. How.

In the months following the Forum, my thinking started to shift. I found myself leaving client meetings and asking myself, ‘How did we get here?’ in both exciting and baffling ways. How any one business or idea got anywhere was most likely because of one person.

It was more complex than that though. It was one person who chose to listen – either to their gut or to someone else. Or – on the flipside – someone who didn’t listen at all.

Listening is a damn hard thing to measure. It’s also become a unicorn skill – rare and mysterious. In America, especially, we’ve morphed into creatures with two mouths and one ear oddly reminiscent of a character from The Phantom Tollbooth in which Milo travels to a troubled Kingdom of Wisdom.

Listening is a three-dimensional experience thanks to two good friends – paying attention and seeking to understand. The three optimize and support together. However, it’s listening that opens the door to the other two – and all that’s possible.

This is all true for ecosystems as well.

In the early 20th century, we started to use the word ecosystem to describe how nature cycles and flows. Really, how nature listens to and for itself.

As excited as we are today about ecosystems, we’ve always been thrilled by what they make possible. Our primal fascination with the most breathtakingly fresh meadow or awe-inspiring coral reef proves that.

Ecosystems work to their fullest potential and expression when we let each player be exactly who she is. We get there by listening – and creating the space to listen to each other.

Today, we crave these cool conversations about digital, fast-paced ecosystems. But my hope in the glitz and glamour of orchestrating these ecosystems, we remember to listen. I want to know who is at the table, what matters to them, how did they get here, why do they care.

When we listen to better understand who is at the table, we know each player’s value. And ecosystems thrive when each contributor is heard and respected – but, even more so, given the space to flourish wildly for who she is. We only get there by listening. Which might be the grandest – and yet simplest – movement of all.

Meg Seitz is the Founder and Chief Creative Officer at toth shop; she placed third in the Entrepreneur/Manager category in the 2018 Drucker Challenge.