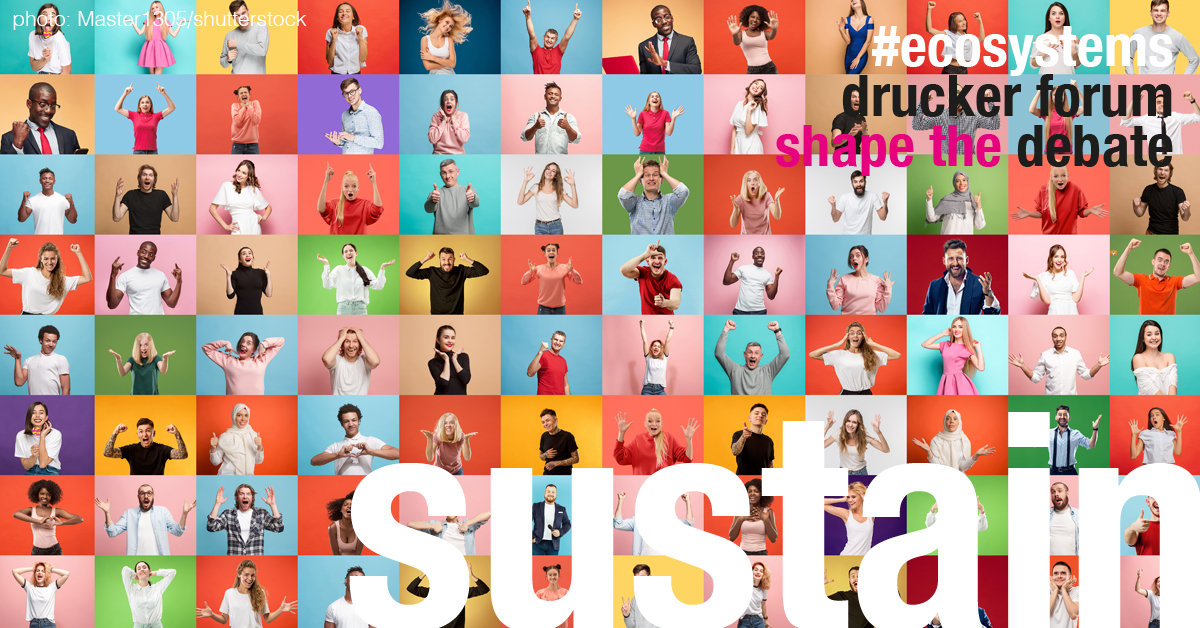 Business ecosystems are a consequence of the creativity of human persons; it is the actions of people that create and brings systems into existence. While the human person is both the source and the summit of ecosystems, we often risk the system we have created turning on us rather than contributing to human fulfilment. While fundamental to 21st century business, ecosystems have the power to develop or diminish human beings, depending on whether we treat people as a means to an end, or see them as an end in themselves.

Tools have traditionally been in the service of people, whether a plough, a printing press or a telephone. These things improved efficiency, yet left no doubt about the distinction between machines and humans: some ‘thing’ worked for some ‘one’. However, with the advent of advanced technology — mobile phones, the internet, artificial intelligence — this relationship has been reversed. In a highly networked world the person has become a servant to the machine, and is now little more than a product or series of data points, rather than a person with a distinct inner life and the freedom to choose. The person experiences herself being ‘something’ rather than ‘someone’ in an internet of things. Since things are expendable in the quest for efficiency, so too persons can be discarded when they outlive their usefulness. The challenge is not to forego the ecosystem, but to protect persons in the system.

In perhaps a world first, a Polish court in 2019 recognised this reality, ruling in favour of employees against Amazon regarding the evaluation of work. In the justification, the court stated that Amazon distorted the employment relationship by arbitrarily granting itself the right to dismiss the least efficient employees on the grounds their results were worse than the other 90 per cent. Such a system must assume a group of employees will always be assessed negatively, regardless of performance. In the court’s opinion, this exemplified the treatment of employees as mere objects and confirmed the employer was focused only on profit.

The Amazon case sets an important precedent. It shows that individuals are not simply a means of economic production but a ‘someone’, a distinct form of being. The person is at its core the integration of two dynamic structures: efficacy, the ability to freely act; and subjectivity, the reality of being a self, not another, understood through experiencing oneself. Depriving business of the person means depriving it of imagination, ingenuity, initiative and the emotional capability to embrace and manage uncertainty in a networked world. While ecosystems are nothing new, their complexity and pervasiveness has accelerated exponentially; yet the human person who is impacted by those systems is increasingly marginalised, to the detriment of business and society. We argue, therefore, that the key to creating sustainable ecosystems is sustaining people, the source and summit of those systems.

Anthony Howard is founder and CEO of The Socratic Leader Academy, an author, a leadership philosopher and mentor to distinguished leaders. Sylwia Sysko-Romańczuk is professor of innovation and entrepreneurship at Warsaw University of Technology with research interests in value-driven growth in the digital and networked economy