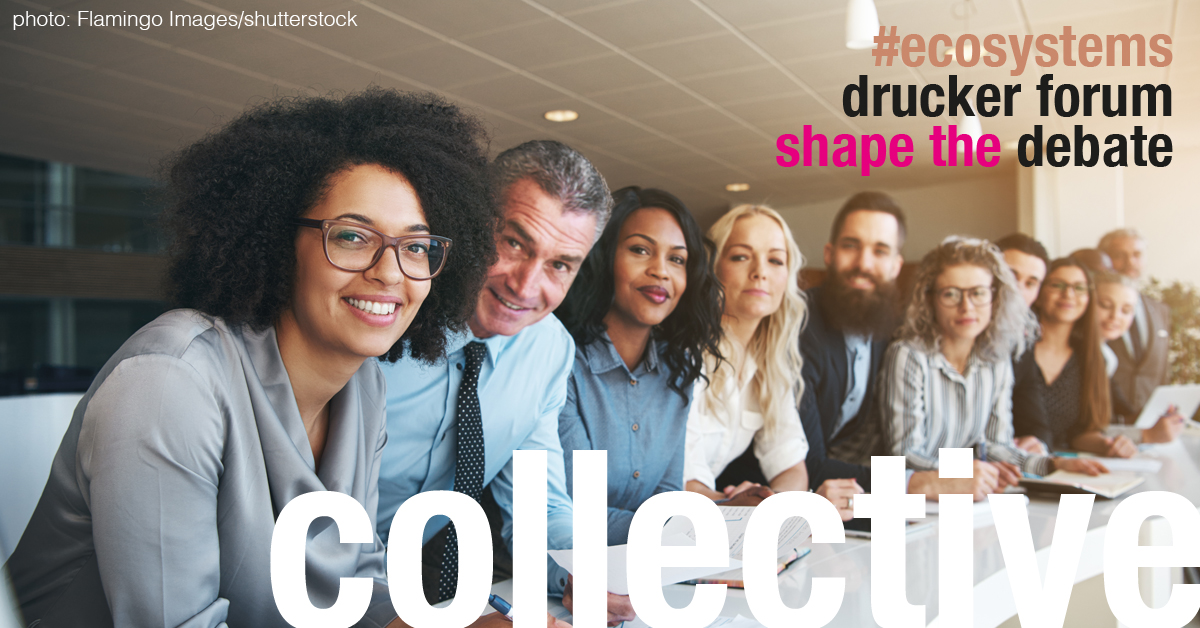 The current discourse on the urgent need for an inclusive systemic approach to dynamic ecosystems needs equal reflection in the leadership debate. Leaders are still viewed as individuals with a certain skill-set or competencies, and leadership as something that is done by these individuals to a group of people. The leaders stand on the center stage. However, it is the notion of leadership that needs to be moved to the center, and understood as the relational and emergent property of ecosystems and groups of interacting individuals. Distributed or shared leadership is dynamic and embraces an openness in the boundaries of leadership. It appreciates that expertise and knowledge are distributed across many and seeks to leverage this diverse collective intelligence and wisdom for the benefit of better decision-making in complex scenarios.

To see distributed leadership in action, consider sports teams. All members of a football team aim to win a match (focus and purpose) by scoring as many goals as possible. A team is designed with intent. The roles are distributed based on the individual strengths of the players. However, depending on the situation on the field, all and any players may shoot and score a goal. When a midfield player temporarily assumes a situation-based leadership role and scores a goal, that does not mean the player replaces the captain. The player remains in the initially appointed role. Also, not all players will score; leadership is not taken in turns nor democratically distributed. The captain does not delegate the job of scoring to specific team members. The possibility of scoring is situational and dynamic. It emerges through the iterative dialogue, practice and action of the players who primarily stay in their appointed roles.

There is no template for shared leadership. No blueprint. Its hybrid nature enables it to be embedded in static command-and-control business ecosystems and structures. Through system-wide learning triggered by iterative dialogue, distributed leadership enables these ecosystems to evolve into agile organizations that become more fluid and adaptable as well as resilient and robust, reflecting more closely the dynamics of natural ecosystems. This intentional design in inclusiveness, recognition of individual contribution as well as a common focus on meaning and purpose, enhances the ability of these ecosystems to share and nurture collective intelligence or wisdom to tackle complex issues and to engage in effective decision-making at multiple levels.

The time is ripe on the world stage to re-balance the distribution of power between leadership and followership to a more systems-driven, holistic and inclusive approach.

Neha Chatwani is an organizational psychologist at the workplace atelier and the editor of the Palgrave volume on Distributed Leadership: The Dynamics of Balancing Leadership with Followership