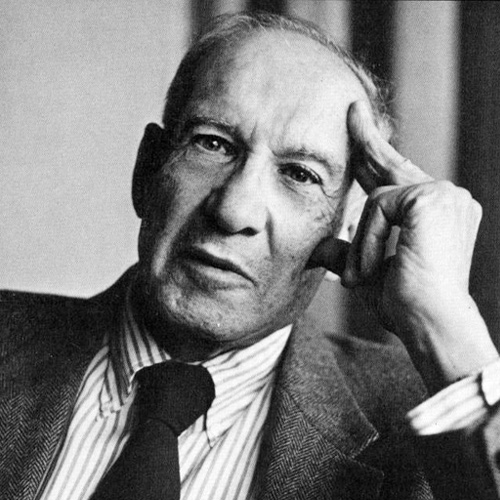 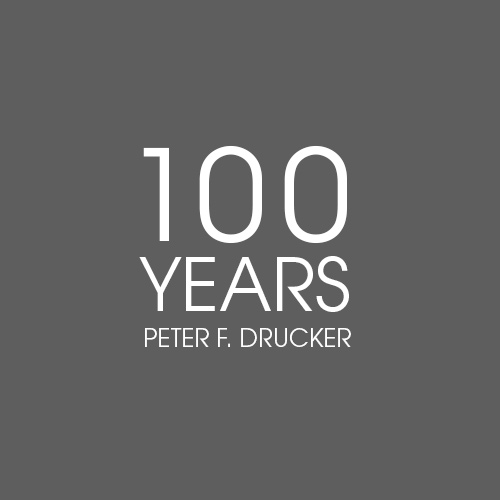 Richard Straub
is Director of Development, EFMD, and President of the Peter Drucker Society of Austria

On November 19, 2009 it will be 100 years since Peter F Drucker was born in Vienna – then capital of the Austro-Hungarian Monarchy. Drucker passed away three years ago, on November 11, 2005, in Claremont, California. He is generally referred to as the “father of modern management”. Yet, it appears that his importance as someone who thought about management in a broader social perspective is not widely understood. In today’s increasingly complex and crisis-ridden world we need that orientation more than ever.

Can we expect help from Drucker’s thinking in coping with the challenges for 21st century management, in particular with regard to its role, its legitimacy and its responsibility? His 100th birthday may be a unique opportunity - not only to remember him but also to perceive him in a new light and to learn from his perspective on management and society.

A conference organised by the Peter Drucker Society of Austria in partnership with the EFMD and other institutions will provide a forum for dialogue and reflection on these questions. 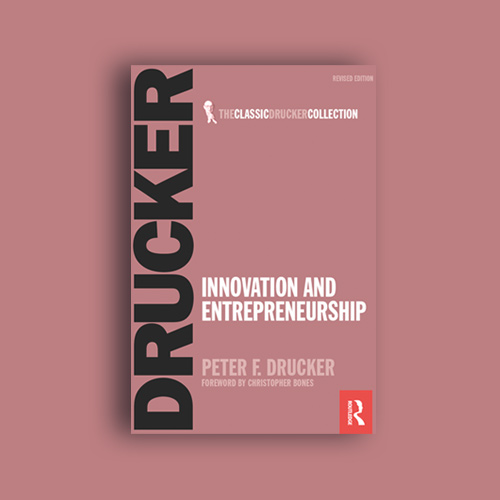 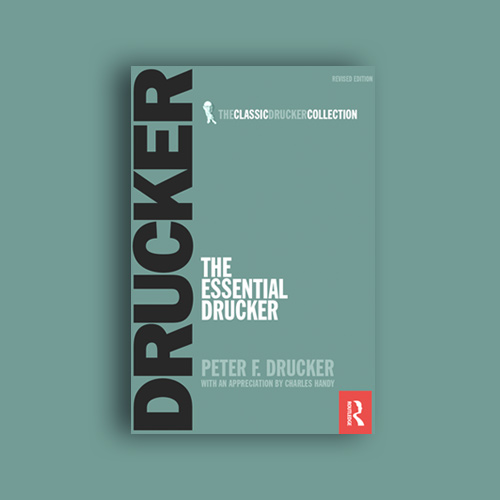 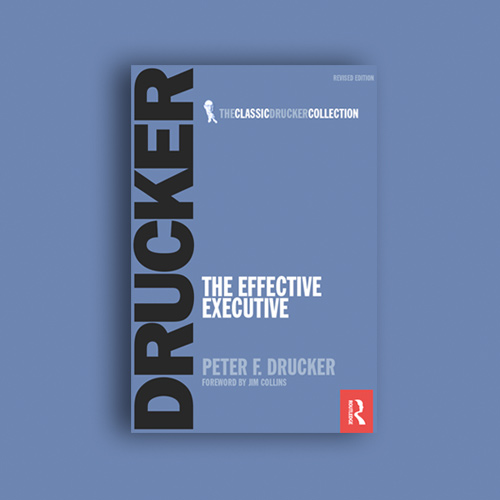 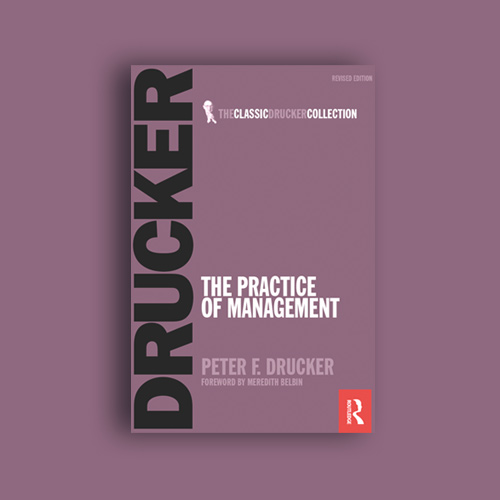 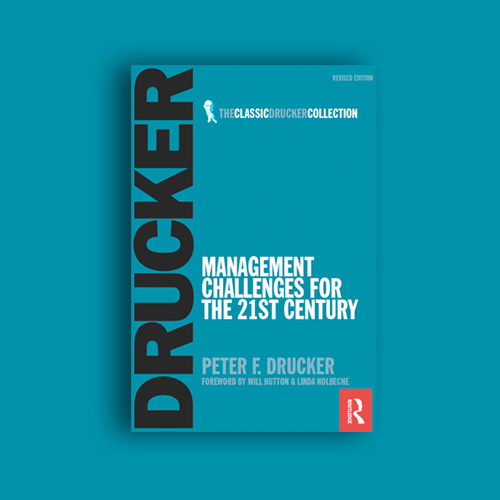 Beyond the fashion of the day

There is no doubt that Drucker had a defining influence on the managerial mind in the 20th century. He called himself a writer and authored more than three dozen books and countless articles and essays.

He elevated management from mere incidental practice to a “discipline”. Yet, he does not fit into the mould of mainstream management gurus, academics or consultants. He was unique in his “unscientific” approach and in his holistic perspective. Also his longevity – not only in the physical sense – seems to be unique. In 1997 Forbes magazine featured Drucker on the cover under the headline “Still the Youngest Mind” – he was then 88 years old.

Most of Drucker’s books still appear to be relevant and “young” today – even those written some 50 years ago. This puts him in marked contrast to many of the management bestsellers of recent decades. Take management classics like The Practice of Management (1954) or The Effective Executive (1966): you will still find them on the “active” bookshelf of many executives. Newt Gingrich, while serving as Republican Speaker of the House in America, even made The Effective Executive required reading for every newly sworn-in representative – a practice that should be considered for the European Parliament and the European Union member states assemblies.

However, there are Drucker titles that have not made it into the managerial mind on a broad basis, even though they were laying the wider foundations for his management thinking. Yet these books may contain the key to what makes him so different. Take early works such as The End of Economic Man (1939) or The Future of Industrial Man (1942) with their deep analysis of modern industrial society outlining the path towards a “functioning society”, which he further elaborated in later books such as The Post-Capitalist Society (1991). These books were highly regarded and influential at the time they were published. Drucker’s analysis in The End of Economic Man, denouncing the failure of capitalism and socialism to create the foundation for a functioning society, was reviewed by Winston Churchill, who praised the book and its author in the Times Literary Supplement and made it a required reading for his officers.

I never predict, I just look out the window and see what’s visible -
but not yet seen.

Seeing the future before it is seen by others

Drucker also stands out in his ability to identify emerging trends and developments. Far from being a futurist, he could actually grasp the future. “I never predict,” he told a journalist at Forbes. “I just look out the window and see what’s visible - but not yet seen.” Thus he was a master in deciphering and interpreting emerging patterns. He took a wider and deeper perspective on major social trends. One of the most striking examples of his ability to identify major shifts in the economy and society way ahead of others: it was as early as 1957 in Landmarks of Tomorrow that he pointed out the increasing importance of knowledge work, knowledge capital and knowledge jobs. He elaborated more deeply on the characteristics of the new breed of knowledge workers in The Age of Discontinuity in 1968. Later in his life he launched a challenge to 21st century management to increase the productivity of knowledge work – to create a similar surge in productivity as had been achieved for manual work in the 20th century.

Management as a role in society

In Drucker’s perspective management does not appear as a limited subject for its own sake but related to a bigger cause. He described the 20th century society as a society of institutions and organisations. Organisations took over virtually all key roles in society and often stretched far beyond the borders of the territory of the state and the influence of governments. They became increasingly powerful and influential – be it corporations, government institutions or important non-profit organisations.

Management is the organ and the tool for high-performing and self-governed institutions in every sector.

Hence they had become the key building blocks of modern societies. From this perspective he inferred the vital importance of management. Management is the organ and the tool for high-performing and self-governed institutions in every sector. Consequently effective management and professional managers became a central concern and focus for Drucker in his lifelong inquiry – including questions relating to effectiveness, legitimacy, managerial power, responsibility and accountability. He never had the slightest doubt that “management is most and foremost about human beings and that one of the key task of the manager was to make people capable of joint performance, to make their strength effective and their weakness irrelevant” (from The Essential Drucker).

Drucker had hoped that management would live up to its responsibility. His experience with corporate behemoths like General Motors, IBM, GE and others in the 1940s and 1950s confirmed him in his conviction that management can contribute to the common good by running a business in a professional way.

Alfred Sloan, then Chairman of GM, became Drucker’s hero of a corporate leader with a deep sense of responsibility not only for his role as a business man, but also as a human leader who cared for the well-being and livelihood of the workers entrusted to the corporation. This is why Drucker put all his energy into making management a better instrument to help executives fulfil this responsibility. This meant to move management from a mere incidental practice towards a well defined, systematic and organised “discipline”. But the development of modern management is also the story of Drucker’s own rising disenchantment with capitalism, which in the late 20th century seemed to reward greed as easily as it did performance. He was sickened by the excessive riches awarded to mediocre executives even as they slashed the ranks of ordinary workers. Today we can relate all too well to a statement he made in an interview given in the late 1980s. “In the next economic downturn there will be an outbreak of bitterness and contempt for the super-corporate chieftains who pay themselves millions.

”The doubt and disillusionment with business that Drucker expressed in his later years caused him to turn away from the corporation and instead offer his advice to the non-profit sector.

Drucker is widely perceived as an American management thinker. It is true that he spent most of his adult life in America. However, the European roots and influences must not be ignored. He grew up in Vienna and at the age of 18 he moved to Germany to work in Hamburg and then Frankfurt. At Frankfurt University he enrolled in law studies and got his doctorate with a dissertation on the historical and philosophical foundation of international law. Upon the rise to power of the Nazis he left Germany for Britain, where he had the opportunity to attend the famous seminars of John Maynard Keynes. In 1937 he emigrated to America with his German-born wife Doris, whom he had married just days before.

His way of inquiry and his holistic and multidisciplinary perspective are rooted in his formative years in Europe. His home in suburban Vienna, until 1918 the capital of a multinational and multicultural empire of some 50 million people, was indeed an intellectual power house at the time. Before the catastrophes and cataclysms of the first world war, the Depression and the rise of the Nazis, Vienna was a cosmopolitan melting pot with an incredible level of cultural and intellectual density and diversity – some of the world’s leading minds in the fields of economics, philosophy, architecture, fine arts, medicine, literature, mathematics, law and other disciplines made Vienna a unique venue. Public cafes and private salons were the places where dialogue and discourse between the disciplines was thriving.

The Drucker home was one of the important intellectual meeting places in Vienna, where the young Drucker had the opportunity to experience such eminent personalities as Joseph Schumpeter, Ludwig von Mises, Othmar Spann, Sigmund Freud, Thomas Mann and Friedrich von Hayek. His early years in Vienna and his time in Hamburg, Frankfurt, Berlin and London provided Drucker with a solid intellectual foundation. His thinking was grounded in a coherent world view that encompassed all dimensions of human existence including the religious and spiritual ones. Hence he was always hostile to a reductionist perspective, making humans mere cogs in a money-making machine. His personal experience in the 1920s and 1930s with the catastrophic failures of business and economic management and politics, which ultimately prepared the ground for the rise of the Nazis, deeply influenced him and strengthened his conviction that good management is not only essential for the individual company to succeedbut for its contribution to the economic and political stability of the wider community.

Reaching Out – Coming Home, the Centenary Event in Vienna

Peter Drucker had impact on all advanced industrial economies in the 20th century. In the 1950s he had a profound influence on how American corporations organised and operated: decentralisation, federal organisations and management by objectives had become the dominant mantra in corporate America, based on Drucker’s analysis of General Motors in The Concept of the Corporation (1946).

He was venerated in Japan as in no other place as a prophet and an uncontested authority. With more than one million copies sold, The Practice of Management exemplified how avidly the Japanese managers took up his thinking and how deeply he marked their minds with a view of the corporation as a human community.

Peter Drucker had impact on all advanced industrial economies in the 20th century.

In Europe, the picture is somewhat spotty. There are strong and visible European followers such Charles Handy, Fredmund Malik, Peter Lorange, Guido Stein, Peter Gomez and Hermann Simon who have built on Drucker’s thinking to make their own mark on modern management in the sense of a specific European model. Peter Paschek co-authored a book with Drucker in 2004. Yet, Drucker may not have entered into the collective management mind in Europe as he did in America and in Japan.

This is why it is a perfect moment to take Peter Drucker back to his original “home” and to launch a broad European dialogue on the foundations of management in view of the current and future challenges. Vienna, as his place of birth and of his upbringing, will take pride in hosting a unprecedented event for one of its greatest sons and to attracting the highest-calibre management experts from all over the world. It will be a unique event in many ways. There is no period when a profound reflection on management and its impact would be more appropriate.

Joseph Schumpeter, yet another giant of Austrian origin and friend of the Drucker family with a significant influence on Drucker’s own thinking, taught him that it may be more important to ask the right questions than to pretend to have all the answers. Peter Drucker has given us both – huge questions for the 21st century and the reasoning to find the right answers.