Success and significance offer many of the same benefits but one brings a better nights sleep and a true level of contentment. For well over a decade I have been pouring resources into helping churches, organizations and individuals accomplish significance in my own search for significance. Through these experiences I have learned that success is fleeting—it is always relative and short-term in nature. Significance offers contentment because it can only be accomplished outside of ones self through efforts to improve other peoples lives.

Significance in your own life can take many different shapes and today more men and women are intentionally in exploration mode. Friend and pastor, Rick Warren has sold over 20 million copies of The Purpose Driven Life in the last two years and no signs of slowing sales are on the horizon—people are searching for purpose and purpose leads to significance. In my own book Finishing Well, What People Who REALLY LIVE Do Differently, I interviewed 60 individuals who have realized that the search for significance must trump success. In 95% of the interviews for Finishing Well I noticed one theme woven through, sometimes directly and sometimes subtle. That one connecting cord is confrontation with ones own spirituality.  One contributor who always stands out is Peter Drucker—author of 35 books, Presidential Medal of Freedom winner, and still a leading voice in the business world—who offers ten principles for finding significance. In each of the ten principles you can hear ideas found in most major religions. In my own life several core ideas parallel ideas found in the Bible. The over-riding assumption in Peter’s ten principles is that we are all created to enjoy success and ultimately significance.

Peter Drucker understands life principles because he understands how individuals are fearfully and wonderfully made with eternity in mind. Jeremiah, a leader in his own time exhorted his countrymen to look toward the future expecting success and significance with these words from his God; I know what I’m doing. I have it all planned out—plans to take care of you, not abandon you, plans to give you the future you hope for (The Message, Navpress). Listen for the spiritually in Drucker’s ten life principles and expect to discover your own success and more importantly your own significance.

Find out
who you are.

“Whenever people are on the road to success,” Drucker said, “they tend to think of repositioning as something they do if they’re a failure. But I would say that you ought to reposition when you’re a success, because that’s when you can afford it.” But no one can reposition for significance, Drucker claimed, without first knowing who they are and where they belong.

Reposition yourself for full effectiveness and fulfillment.

“Early in their careers,” Drucker said, “people tend to have a fairly limited timeframe, of four years or so. They can’t visualize what comes after that.” By the time they achieve some measure of success, however, the timeframe expands. “Suddenly they begin to think about options that are twenty, thirty, or more years ahead of them,” Drucker said. Such a long view often brings clarity where none existed before.

“There’s a strong correlation between high achievement and the ability to come to terms with life’s basic questions,” Drucker said. “I think the most successful people are those who have a strong faith . . . there is a very substantial correlation between religious faith, religious commitment, and success as doers in the community.”

4.
Make your life
your endgame.

The only worthy goal is to make a meaningful life out of an ordinary one, Drucker declared. He recommends setting one’s sights on achievements that really matter, that will make a difference in the world, and to set them far enough ahead of current achievements that the journey will be demanding but worth the effort. “Make your life your endgame,” Drucker said.

“Opportunity comes in over the transom,” Drucker insisted, and that means one has to be flexible, ready to seize the right opportunities when they come. “Too much planning can make you deaf to opportunity,” Drucker said. “Opportunity knocks, but it knocks only once. You have to be ready for the accident.”

“If you don’t respect a job, not only will you do a poor job of it, but it will corrupt you, and eventually it may even kill you,” Drucker said. “For example, ninety-nine percent of all physicians should not become hospital administrators. Why? Because they have no respect for the job. They’re physicians and they feel that hospital administration is a job for clerks.” Knowing what you value and what you don’t can keep you from making some bad choices.

Define what finishing well means to you.

“My definition of success changed a long time ago,” Drucker said. “I love doing consulting work and writing—I regularly lose track of time when I’m doing those things. But finishing well, and how I want to be remembered, those are the things that matter now. Making a difference in a few lives is a worthy goal. Having enabled a few people to do the things they want to do that’s really what I want to be remembered for.”

Know the difference between harvesting and planting.

“For many years, I measured my work by my output—mainly in terms of books and other writing that I was doing,” Drucker said. “I was very productive for many years. I am not so productive today, because these are years of harvesting rather than years of planting.” One needs to know the difference between the two.

The number of non-profits and charitable organizations in this country has exploded in the past several years, but many of them get poor results, Drucker said, because “they don’t ask about results, and they don’t know what results they want in the first place. They mean well and they have the best of intentions, but the only thing good intentions are for (as the maxim says) is to pave the road to hell.” To achieve the best results, Drucker said people must ask the right questions and then partner with others who have the expertise, knowledge, and discipline to get the right results.

Recognize the downside to “no longer learning, no longer growing.”

“I see more and more people who make it to their mid-forties or beyond, and they’ve been very successful,” Drucker said. “They’ve done very well in their work and career, but in my experience, they end up in one of three groups. One group will retire; they usually don’t live very long. The second group keeps on doing what they’ve been doing, but they’re losing their enthusiasm, feeling less alive. The third group keeps doing what they’ve been doing, but they’re looking for ways to make a contribution. They feel they’ve been given a lot and they’re looking for a chance to give back. They’re not satisfied with just writing checks; they want to be involved, to help other people in a more positive way.” And they’re the ones, Drucker said, who finish well.

Peter Drucker has added significance to the lives of many people over the span of decades and for that we are grateful.  In the upcoming columns of the Career Planning and Adult Development Network Newsletter I extend an invitation to you—an invitation to join me and some of the most influential leaders of our time for a lunch conversation.  These conversations over lunch changed my life and I know they will offer you new insights that are instantly applicable.

After selling Buford Television, Inc.—a large network of cable systems across the country—in July 1999, Bob Buford has turned to investing the remaining years of his life in the lives of others. He is chairman of the board of The Buford Foundation and Leadership Network, was the co-founder and first chairman of the Peter F. Drucker Foundation for Nonprofit Management, and has authored three books including Halftime and most recently Finishing Well - which can be found at bookstores everywhere. Bob and his wife, Linda, make their home in Dallas, Texas. 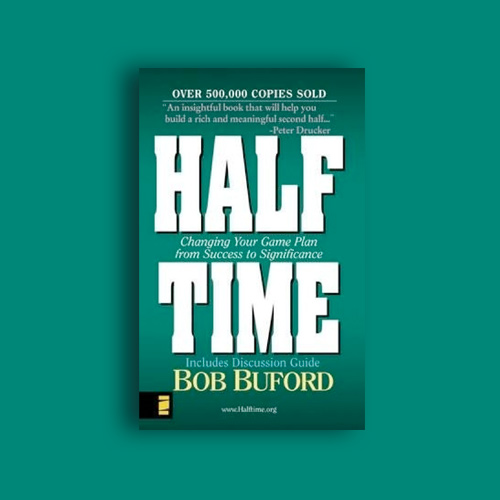 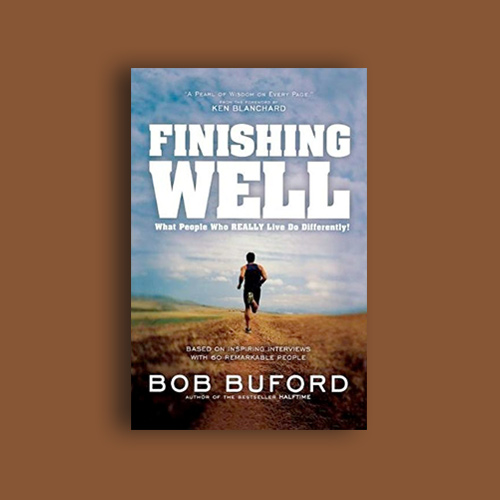